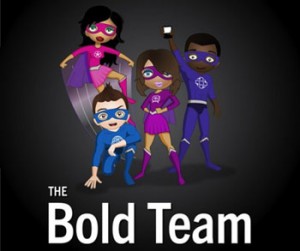 You may remember that Blackberry’s first attempt to get BBM into the rest of the handset world turned into a bit of disaster. Sadly, it only took two days for the second attempt to also go badly, badly wrong.

Someone has been astroturfing the Android marketplaces with thousands of cut-and-paste “reviews” of the product. All positive, all with exactly the same wording. Some, apparently, complete with extra text from the original messages instructing the users how to paste the fake reviews online.

I like to think that at the corporate level Blackberry honestly has nothing to do with this – this sort of sleaze is usually reserved for unsavoury companies like Samsung and Rogers and The Toronto Star – but there have been incidents in the past where an eager staffer up in Waterloo does something on their own that comes back to haunt the company.

Blackberry is officially denying any involvement, but this still ends up as a black eye for the company at a time when it is pretty much the last thing they need.

NOTE: The iOS App Store is free from these so far, but that is not a real surprise: Marketplace scams are far more common in the Android world, and there are both an automated and human-level review processes attached to the iOS store designed to catch duplicate reviews for exactly this reason. I’ve heard from a couple of people in the know, however, that there have been no similar reviews submitted to the iOS store, at least not yet. That makes it almost certain that this is something that comes from outside of Blackberry and the company has nothing to do with it. Sadly, however, they are the ones getting tarred and feathered here. They deserve better.